There're always times, at which life just tries to swallow you as a whole - everything happens at once.
Despite struggling to find time to blog I unfortunately didn't manage to do so. Instead I'll post retrospections of highlights. OLALA - Internationales Straßentheater-Festival Lienz (A) 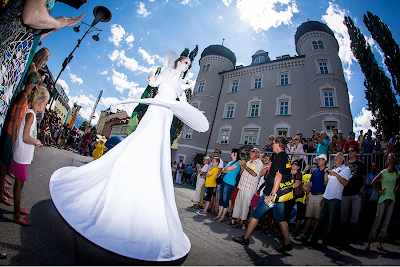 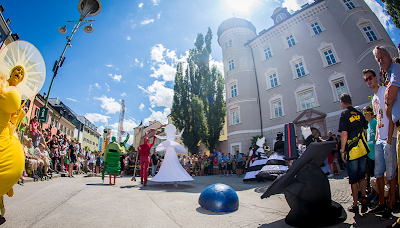 COLORI at the parade. It was a bliss performing with such a great audience, and the music of the Orchestre International du Vetex, who led the parade on, was just energizing everyone! 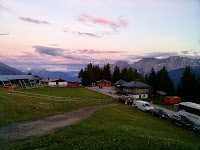 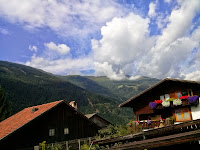 Crazy view on the Lienz' Dolomites and from my room's window in the guesthouse. Mountains everywhere! I am fully aware that those photographs are not beautiful in any way, I still had to share them. Having grown up in the north those are just spectacular views for me!


Kulturhaus Pusdorf in Bremen organized Kunst im Camp.
20 children between 11 and 14 years were camping at the Pusdorf Beach. During daytime other kids joined in, and together they took part in several artistical workshops that were offered to them. Hopefully it will be possible to repeat this project in 2015! 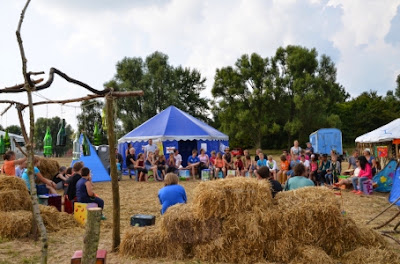 No clue who shot this photo... Please contact me in case you know, or are the photographer and want me to remove it.


I found myself a new workshop space! Schule21 will host me from October onwards. Looking very much forward for it! 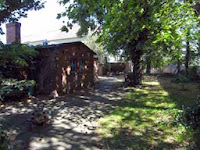 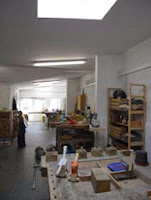